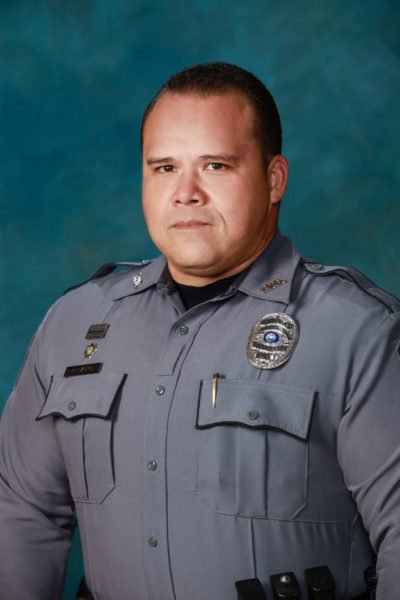 “As I watched my father put his uniform on day after day with such pride, it was contagious. When I put my first uniform on in 1996, I felt that same sense of pride that has yet and shall not fade. I started my Tour as a Corrections Deputy for the St. Martin Parish Sheriff’s Office. I attended the LSU Law Enforcement Basic Training Academy and after Graduation, I was assigned to the Patrol Division.  I later became an Operator on the S.E.R.T. (Sheriff Emergency Response Team). As a Patrolman, I found myself wanting to work traffic crashes more than anything else. I attended the Northwestern University Traffic Crash and Reconstruction School and became a Traffic Crash Reconstructionist. After working several fatalities involving drivers that were under the influence of some type of intoxicant, I became a Standardized Field Sobriety Instructor. I wanted to help educate as many Law Enforcement Officers as I could to help in the battle against Drunk Driving to try and prevent innocent lives being taken. To list a few more of my certifications is as follows; Child Passenger Safety Technician, PIT Maneuver or precision immobilization technique, Simunition FX Scenario Training instructor, Ballistic Shield Instructor, Federal Signal Stinger Spike System Instructor, Safariland OC Aerosol Projectors Instructor, and among others.

My goal is to use my experience and knowledge to help keep the citizens and visitors of Youngsville safe. I’m proud to be a part of the Youngsville Police Department family.”